We help your business grow!

Get a round-up of the latest tax tips, tax and our practice news.

Choosing an accountant that matches your needs

What Our Clients Say

Read the reviews from some of our satisfied clients

Lets talk at a more convenient time for you

In his 2018 Autumn Budget speech, Chancellor Philip Hammond unveiled a so-called ‘Digital Services Tax’ (DST), which is set to come into effect from April 2020. The DST will require specific digital businesses to pay tax on sales generated in the UK. Here, we outline what we know so far in regard to the DST.

Over the past few years, a handful of large international companies have been subject to criticism for paying only small amounts of tax on their UK profits. The Chancellor previously stated that international agreements ‘need to be put into place’ to help tackle the issue; however, the Organisation for Economic Co-operation and Development (OECD), the body responsible for co-ordinating economic policy, has reportedly struggled to come to a decision on the matter.

The European Commission (EC) separately proposed an EU-wide 3% digital tax, but has so far failed to convince some EU member states.

From April 2020, the DST will apply a 2% tax to the revenues of certain digital businesses. The tax will raise £1.5 billion over four years, according to the government.

A double threshold will exist, meaning that businesses will have to generate revenues from in-scope business models of at least £500 million globally to become taxable under the DST. Government documentation states that the first £25 million of relevant UK revenues are not taxable. Small businesses will therefore not be within the scope of the tax.

Under ordinary principles, the DST will be an allowable expense for corporation tax purposes: however, it will not be within the scope of double tax treaties, and therefore it won’t be creditable against corporate tax in the UK.

Who will be affected?

The DST will apply to large search engines, social media platforms and online marketplaces where their revenues are linked to the participation of UK users. The government is keen to emphasise that the DST is not a tax on online sales of goods, but rather a tax on the revenues earned from intermediating such sales.

According to official documentation, financial and payment services, the provision of online content, sales of software and hardware, and television and broadcasting services will not be subject to the DST.

The DST: a temporary solution

The government expects the DST to be an interim solution, having effect only until an international decision is reached in regard to taxing digital services firms. A review clause will exist in order to allow a formal review to take place in 2025, to determine whether the DST is still required in light of international developments.

A consultation will be launched by the government to establish the finer details of the DST. By doing so, the government will make sure that all key concerns and challenges are addressed, and will also ensure the DST operates as intended, and does not place ‘unreasonable burdens’ on businesses.

The planned introduction of the DST in the UK will undoubtedly affect other countries’ decisions in regard to the way they tax digital services firms. Commenting on the matter, Glyn Fullelove, Chair of the Technical Committee at the Chartered Institute of Taxation (CIOT), said: ‘The best outcome would be that the announcement… spurs the international community to find a globally-agreed solution to taxing digital multinational companies by 2020 so that this UK DST is never actually introduced.’ 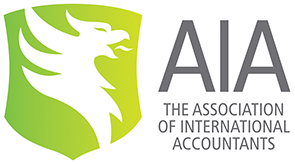 Great reasons and promises we make to you which is why you should call us before deciding on your accountant.

We’re a dedicated team which strives to provide success to our clients in regards to all their accountancy needs.

This site uses cookies which are small text files that are placed on your machine to help the site provide a better user experience. In general, cookies are used to retain user preferences, store information and provide anonymised tracking data to third party applications such as Google Analytics. As a rule, cookies will make your browsing experience better. However, you may prefer to disable cookies on this site and on others.

Cookies are not unsafe or in themselves a threat to your online privacy as we don't store sensitive information such as contact details or payment information, but recent legislation requires that website owners give as much information as possible about cookies used on a website and clear instructions how to refuse them, should you so choose. If you do choose not to allow cookies, please be aware that this site may not be fully functional.

These cookies are important for allowing your website to operate effectively and as such will be enabled by default. Please note that these cookies do not gather information about you.

As the site is developed via WordPress, there are plugins which create cookies that help with website performance and security.

WordFence is a security plugin used by WordPress to block malicious attacks made to the website. More info on the cookies they set can be seen here.

We use Google Analytics software (Universal Analytics) to collect anonymised information about how you use . We do this to help make sure the site is meeting the needs of its users and to help us make improvements. Our analytics service provider's policy can be viewed here.

If you wish to opt-out of Google Analytics completely regardless of the website you are on, please visit the following link here to install an addon within Google Chrome's browser to disable Google Analytics.

You can use your browser settings to set whether cookies are enabled or not. Please bear in mind that doing this can have an adverse effect on how the website performs.